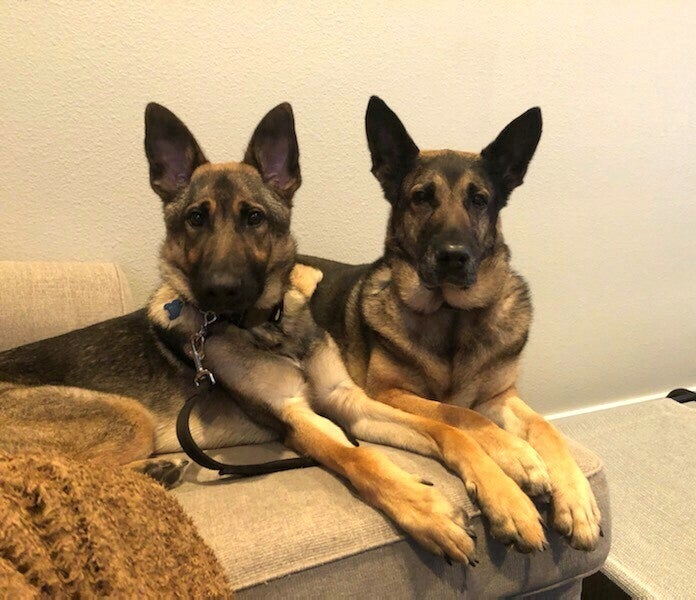 Freyja (on the right), is an eight-year-old German Shepherd. She joined the firm upon her adoption in January 2021 from Bay Area German Shepherd Rescue. Freyja is very sweet, but painfully shy. She enjoys taking long naps and going for walks.

Khaos (on the left), is a two-year-old German Shepherd. He joined the firm upon his adoption in December 2021 from Bay Area German Shepherd Rescue. Khaos loves meeting new people and gets pretty excited. He keeps everyone positive and upbeat with his youthful energy. His favorite game is tug.

Contact us today to set up your consultation to discuss your needs, your case, and your options. You can reach us by email, phone at (866) 273-8282, our Schedule a Consultation Now page, or by simply filling out our quick contact form below. We look forward to providing immediate assistance with your legal issue.

Thank you for contacting us. We will get back to you shortly.

Please complete all required fields below.

With an office in Sacramento, we are able to provide family law services to most of Northern California, with a focus on Contra Costa, Sacramento, Solano, Yolo, Placer, and El Dorado Counties.